It’s a rainy day. I had some time on Youtube, and what I find? Jeremy Clarkson going to Japan to check out the touge, Wangan and a drift event. I knew I liked that Clarkson bloke. 😉

I’d never though that I’d see a video with Jeremy Clarkson and Keiichi Tsuchiya at the same time. This was “Old Top Gear”, but it’s still worth a look, if you have a few minutes for a fun little video throwback.

Bartek Ostałowski has officially impressed the bejeezus out of me. Having lost the use of his arms, Bartek drifts using his feet, and shifts with his shoulder. His car control is amazing. It’s really got to be seen to be believed.

Massive respect here. It shows that you can get anything done if you want it bad enough. This guy drifts with no arms. What’s your excuse?

Depth of Speed has released a new video about an instructor at the Art Center College of Design and his recently acquired 1970 Skyline GT-R. The video is a feast of straight 6 symphonies. I found a bonus video with track footage of this car too. This “Hakosuka” was bought from Salt Lake City’s JDM Legends – here’s their blog post about the sale of the car and its adventure road tripping 700 miles to its new home.

Isn’t the sound this thing makes great? These cars originally came equipped with a 2 liter twin cam straight six that made 160 horsepower. This car does not appear to have its original engine; the JDM Legends post makes reference to this car having an L28 – one of the pictures shows a single cam straight six in this car’s engine bay. The L28 is most commonly found in the 280Z and is a fine engine for this car, especially when fitted with a trio of Weber or Mikuni carbs.

This car is super unique, undeniably cool, and certain to draw admiring crowds wherever it goes. Be sure to check out the JDM Legends website. This shop is one of the first places I’d call after winning the megahellalotto, “First generation Celica with an 18RG please”.

Yeah, so I totally stole the title and the photo from Dorifutoo, but this R32 is too cool not to show you. (And hey, that’s what hyperlinks are for. 😉 )- Internet respect, given. 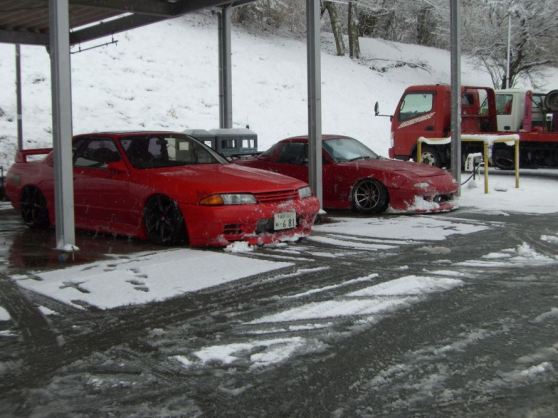 We should have been like this, but I was scared of the black ice!

Thanks to BeeOneOneOh for the snap.

Yep! I said that. 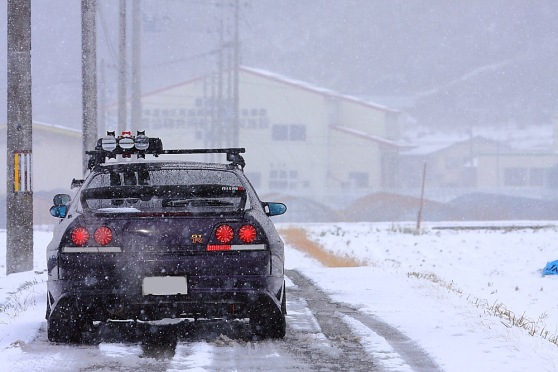 I was doing some surfing of the intertron, and I stumbled onto  a video of a tuned Mazda Roadster doing battle with a R34 Skyline at (insert Japanese track name here). From what I could find out via Google translator, the Roadster is generating about 290bhp, and is doing the business!

I haven’t found any pictures of the car yet, but check out how it holds off the Skyline. Also, the noise! (+10 points of Mazda goodness). I love crazy tuned Roadsters like this one.

This is a huge deal for me. I joined in 2021 as a driver coach, and now as league owner we're at our 500th event as the North American Sim Racing Series.
I've had a nice little run of league podium finishes lately. @projectd_rs_simracing
I'm officially the owner of the North American Sim Racing Series.
Super excited to finish P3 overall in the Bronze Pro class championship.
I finally got an overall win in a league race
Leading away 37 rookies for the upcoming season of SR604 Season 12. #drivercoach
Little victories.
Little victories, but I'll take the progress.
Ignore the crappy wire management, but #simracing escalated a bit in the last five years.