Romain Grosjean!!! Some might remember Romain from 2009 where he filled in for Nelson Piquet Jnr after he was dismissed from Renault (then ING Renault F1). Romain was dominant for most of the season, apart from having the off mishap at the start. 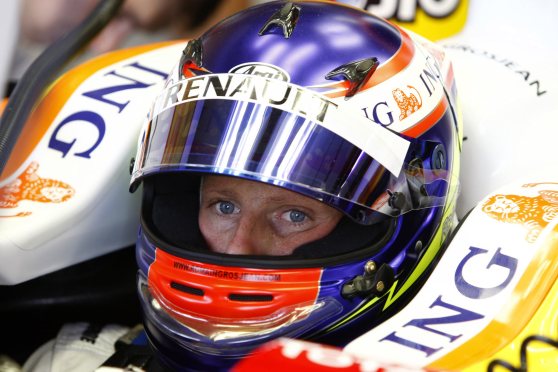 Some questioned his ability in 2009, but remember in each race in 2009 where his team-mate was twice Formula One World Champion, Fernando Alonso; Romain managed to qualify within 0.5 seconds of Fernando, and for a rookie, that’s not bad.

END_OF_DOCUMENT_TOKEN_TO_BE_REPLACED

This year in Formula 1, people have been watching Red Bull, Mclaren and Ferrari. Really though, I think that eyes should be on Lotus Renault GP, who have been the ‘Last Action Hero’ stars of 2011! After watching the Hungarian GP, I was shocked to see a Lotus Renault on fire again! 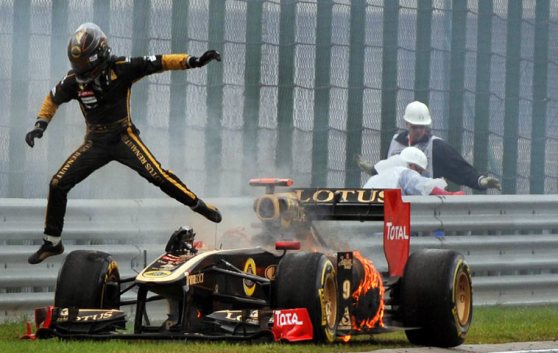 This isn’t the first time that Renault have been action stars either! The R31 has burned down to the ground twice this year, (2x Nick Heidfield’s car), and airbourne twice (1x- Petrov and 1x- Heidfield). Not to mention Heidfield eating his front wing in Canada, and Petrov munching his car up in Monaco!

END_OF_DOCUMENT_TOKEN_TO_BE_REPLACED

Twice in two weekends has Vitaly become my driver of the weekend. This weekend, it wasn’t because how he finished a race. (Since he didn’t finish). It was because of his commitment, style and flavor doing this… (Video after the jump) 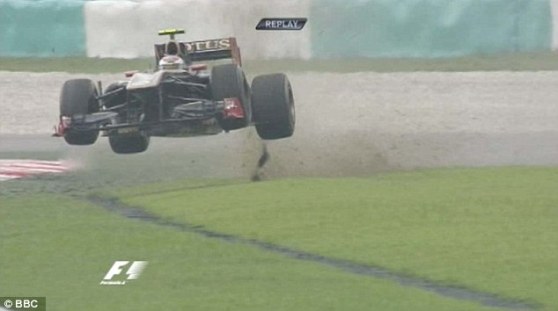 END_OF_DOCUMENT_TOKEN_TO_BE_REPLACED

Little victories, but I'll take the progress.
Ignore the crappy wire management, but #simracing escalated a bit in the last five years.
This picture marks the day that I finish old projects and start new ones.
Had an artist make a little rendition of my car for fun. @everydayracer126 #CL9 #TSX
31 cars showed up for GT4 Round 1, which is pretty exciting. #SR604
#DrivenByChange @wearedrivenbydiversity
31 cars showed up in SR604. I had a terrible qualifying with traffic, and qualified P20.
I really need to stop rebranding everything every few months, but hopefully this one will last for a little while with the new projects I have coming up.
Finally got a class win tonight! @projectd_rs_simracing