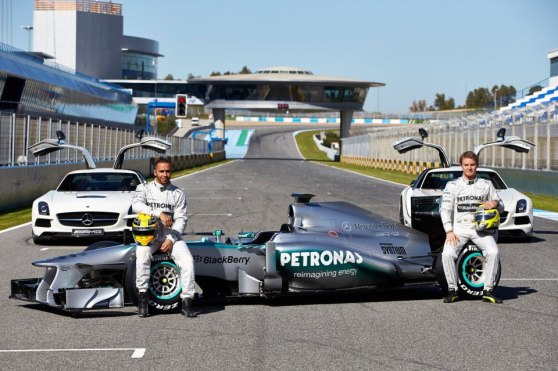 After a frustrating server crash foiled the teaser launch promotion on the Mercedes website this weekend, it’s nice to finally see real pictures of the car. Again this is just my opinion, but if looks could win races then the Mercedes W04 would be miles ahead of everyone else.

As always, you can find pictures of the car all over the web, but click to see the launch video after the jump. 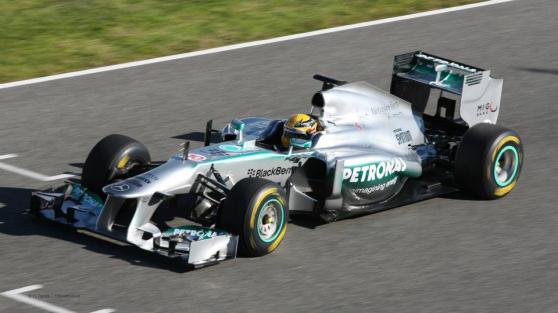 On the surface, it does mostly look like a re-hash of the W02 Mercedes, the last car that didn’t have a stepped nose, but my hope is that the performance of the car is much greater. Much like the Sauber C32, the Mercedes is the other car of 2013 that I’m really looking forward to see hit the track.

Updated: Technical Review of WO4

Both Lewis Hamilton and Nico Rosberg got a chance to do some demonstration laps at the Jerez circuit today, before pre-season testing officially starts. It’ll be interesting to see how friendly these old karting teammates remain with each other throughout the season.

It was also interesting to see that Mercedes has picked up a new sponsor in Blackberry, just in time for the launch of the new Blackberry 10. 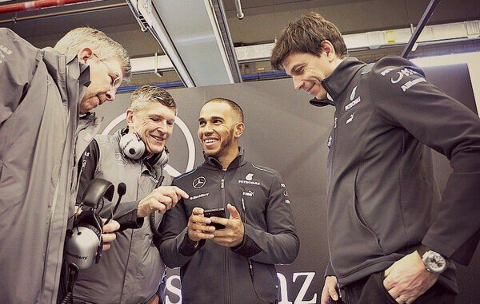