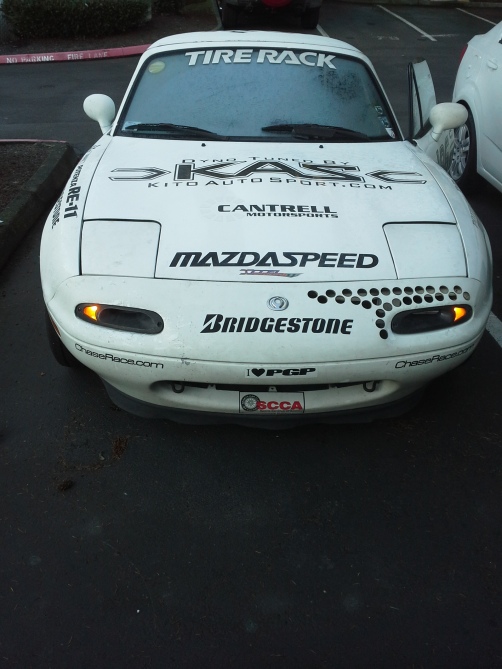 New turnsignals and a ‘new’ VLSD have been the latest updates on Project Kyoko.

It’s been a while since I’ve done a project log update on Project Kyoko. The reason was that she had been off the road for a while with a busted VLSD. The car had an unbearable gear whine that was just terrible. So I spent much of the holiday season messing around with Project MR2, and researching where I could find a suitable 1.6 replacement.

Once I got the diff, the place to have the work done on Kyoko was a no-brainer. Doug Chase of Chase Race was the diff master behind the revival of Project Kyoko. Doug is an absolute ace when it comes to race car repair and fabrication, so I always feel that Kyoko is in safe hands with him.

This time, Doug let me stick around and watch as he operated. It was super cool, because I learned a lot about the Miata drivetrain, and got to hear a lot of interesting stories while we worked on my car.

Basically what the plan was, was to open up the differential casing and replace the damaged gear set with the new one was shipped in. Once the differential was cracked open, it was clear that the pinion gear had been worn with enough play over the ring gear that it was touching the inside of the diff! 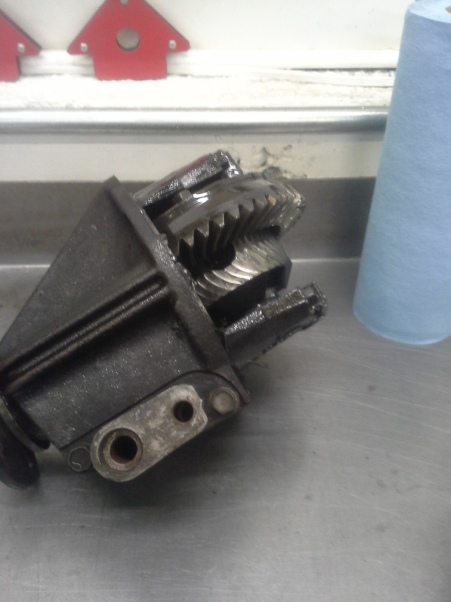 Eek! It’s not supposed to look like that! Fortunately, the new one was easy to swap in.

Fortunately, it only took four hours to get the entire thing swapped out. So now Project Kyoko is back on the road. (I had also some time to swap in some new turnsignals, but honestly I’m just happy that the Miata is driving again.) My “goal” for 2013 is to have many more fun driving miles with Kyoko, rather than the bland commuting miles that we had been subjected to in 2012.

How am I going to do that? Stay tuned…

PS: Again, sorry for the cameraphone pictures. I really do need a better camera…

A great read that I highly recommend for people to read.
Qualified 10th out of 34 in tonight's night @SimRacing race at Spa, and finished 5th. Can't be upset with a Top 5 finish.
Dario, from @vdesign_rl , updated our Ferrari Evo livery to reflect some of the upcoming projects we'll be working on.
Mental programming and confidence building -
If anyone wants to know how the last year or so of my life has been, here you go.
Pulled this one from my podcast with @racingmentor.
Had an fun @SimRacing604 league race around Zolder yesterday.
It was time for an overdue haircut.
In the @SimRacing604 Discord, all of the coaches have pink cars, because the role in Discord is pink and we're easier to see on track.