With the introduction of popular social media tools like Twitter, people stay connected better than ever before. Through your social network, people are able to share life experiences anywhere around the world. People gather in these online communities when they find something or someone that they find to be interesting.

As its impact has become more mainstream, more people are reaching out on a social media platform of some sort. They are people who are looking for some sort of engagement.

In real life, no one likes being talked at. They like being talked to. They like feeling that they are part of the conversation, rather than just being forced to observe one at a distance. Social media works the same way. When fans feel like they are a direct part of the experience, the more they want to engage with it and bring more people to experience it too.

With all that being said, why don’t more racing drivers engage more directly with their fans?  In a world where finding sponsorship dollars is harder every day, you would assume that racing drivers would do whatever it took to engage more with people in order to prove to sponsors that they are a person with large market appeal?

Imagine if Jenson was tweeting more back to us, rather than tweeting AT us.

Most racing drivers on Twitter, Facebook, etc are doing their fans a disservice by simply just talking at their followers. They focus on solely on building a soapbox of self-gratification around their own image, rather than involving fans more deeply in the racing experience. It’s an unknowingly selfish approach, and can serve to turn many followers away from them over time.

In order to properly take their fan engagement to the next level, racers need to alter their approach. Start interacting directly with fans. If they really want to succeed on the social networks , the conversation needs to evolve to become more natural, in order for people to believe that you are a genuine person to follow.

Proper social media needs to focus on the social element, not attempting to build an anonymous volume of detached fans.

It’s not a matter of how many followers that you have. It’s more about how you’re communicating with them. They need to tweet with their fans, just like they speak to their personal friends.

No PR marketing bursts. No links to contests. Just open and honest thoughts and communication. We already know what you’re doing is awesome as a race driver. Fans just want to feel more engaged with the world of racing, and social media can help them do that. 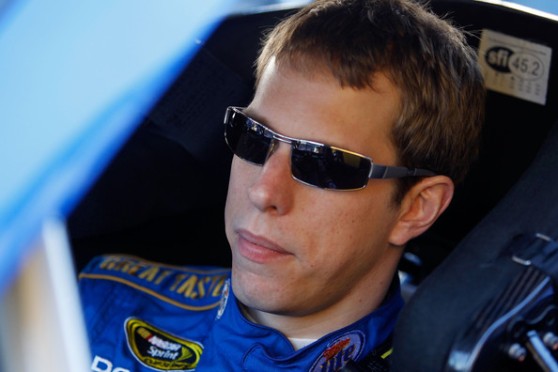 One good example of  racing driver with excellent social media engagement skills is NASCAR’s Brad Keselowski. Keselowski, who gained social media fandom while tweeting to his followers in his car during the middle of a red-flag period in a race, continues to gain a positive following from fans by constantly conversing with them.

He answers questions that they have, whether personal or about racing. He laughs at their jokes. He asks questions of his followers and spreads their messages around by re-tweets them when they say something he likes.

There is a massive opportunity for racers to take advantage of developing a key unexplored part of their brand.  All they have to do is pick up their phone and tweet.

One thought on “|Rant|-Racing Drivers! Tweet to me, not at me! #f1 #nascar #indycar”