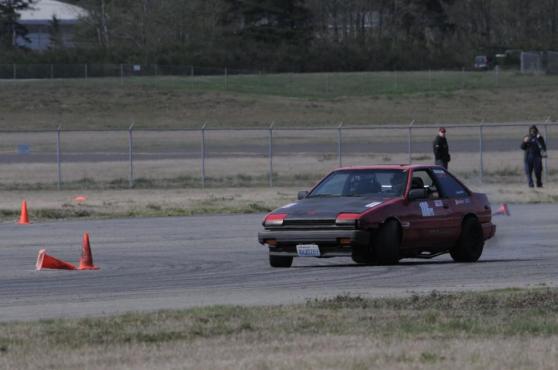 For those of you that haven’t had a chance to come out to an autocross event, you probably don’t know what you’re missing out on. There are many things that make it a great experience: the competition, the intensity level for the entire time that you spend on track and, most importantly, the camaraderie of your fellow autocrossers. The people who I’ve met out on the track have, persistently, turned out to be some of the nicest, friendliest, and helpful people that I’ve ever met.

The friendships that I’ve developed over my eight years of autocrossing have left a lasting, positive impression on my life. It might sound a little melodramatic but these people have become a family to me over the years. We all share the same addiction. More than any one individual, the community has been there for me whenever I’ve been in need. If I had personal drama that I needed to talk out, these people were there for me. They’ve offered an ear, or a hug or a guiding hand (sometimes even with a beer in it!). Through these friendships, I got what has to be a rare opportunity for a poor twenty-something college student; I got the chance to drive Godzilla!

Let me give a little bit of a back-story for you all. It was a beautiful Spring Sunday in Washington (I know it sounds like an oxymoron but it was true!), and I was out doing what I love: racing. My current race car is a 1987 Toyota Corolla GTS that has had more than a few modifications to it. I won’t bore you with the details. Anyways, I was enjoying the great day, driving as hard as my little 1.6 liter engine would let me. Singing at just over 9,000RPM, the independent throttle bodies were music to my ears. My little Corolla was being quite a joy to drive.

Sadly, my enjoyment was short-lived when my poor car developed a misfire at the end of the day. I didn’t know the extent of the problem at the time but, hey, at least the car made it through the day! 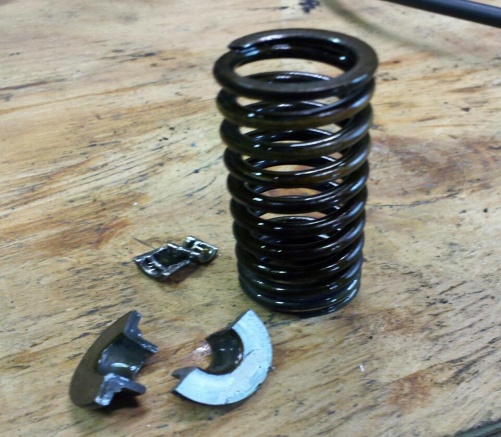 I went home and discovered exactly what my problem was. I found that I had broken a valve spring retainer, which dropped one of my intake valves into the cylinder. I had a Homer Simpson moment: “DOH!” I’m pretty mechanically inclined, as I work on cars for a living, so I figured I’d have it back together in a couple of weeks or so, no big deal. Too bad for me, I wouldn’t have a car to drive for an event next week, or so I thought!

A couple of days after my little accident I was walking out of class when my cell buzzed. I opened the message and it was like an early Christmas present! One of my friends wanted to know if I’d like to help do some of the grunt work of setting up their car at the track in exchange for having a car to drive. You must be thinking to yourself, “big deal,” right? Well readers, it was a big deal; the car was none other than a substantially modified 2012 Nissan GT-R. The car was now making just shy of 600 all-wheel horsepower! This in a car that was rated at 530 horsepower at the crankshaft!

I hear you naysayers sitting in your chairs snickering about how “you can’t use that much horsepower at an autocross.” I believe that the good folks at Hoosier Racing Tires have something to say about that, with their 345/35R18 A6 compound autocross tires! Yes, that’s right, people. One tire on the GT-R is almost twice as wide as the tires that originally came on my econobox Corolla! 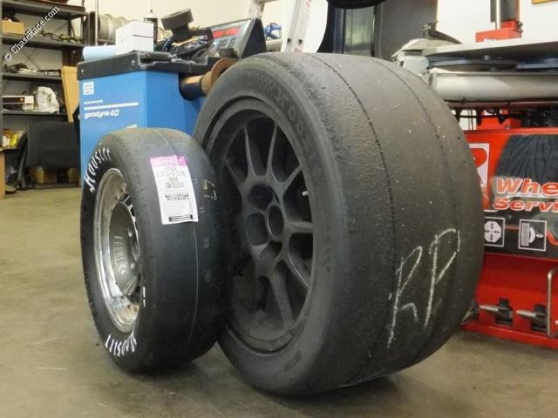 The figures are one thing, but driving the car was another thing all together.

It was sublime and intense all at once. It was power and grace in one amazing package. Of course, my first run in the car with cold tires was a bit like trying to dance on marbles. But once the tires got some heat in them, oh man, game on! I doubt I have the ability to properly explain just how fast this car accelerates; it’s like a rocket ship with the boosters kicking at maximum.

A passenger described it this way: “When you started moving I was thinking, oh this isn’t that special. And then the boost hit and I felt my eyeballs hit the back of my head and I was just laughing after that.” This is what a gentle roll out felt like, I could only imagine what a proper launch would do to your eyeball to eye socket alignment! But don’t fret everyone, if you’ve found that your eyeballs are deeply imbedded into your cranium, just a bit of pressure on the left pedal will have the opposite effect.

While I’ve never done a landing on an aircraft carrier, I imagine that hitting the brake on the GT-R is a bit like hitting an arresting wire: you stop, right NOW. 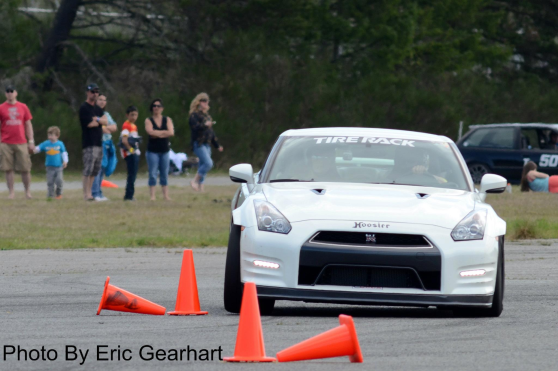 Godzilla on the attack!

More than just being able to go and stop, the car was amazingly poised through what was a fairly tight autocross course. It’s a profound experience when you think to yourself that there is no way that you’ll make it through a tight element, only to realize that you’re already on the other side. Being outside of the car, watching the car dance through a tight element in an autocross course makes you question the laws of physics.

The physical size of the car makes it look like it couldn’t possibly weave through at those speeds, but it does! The GT-R is a bit like a professional running back; huge, fast and yet capable of changing directions at amazing speeds.

In the end, I was blown away by not only the car but also by the people who I have had the fortune to meet over my years of autocross, their friendship, and their generosity. I can’t imagine that there are many people out there that would be willing to hand the keys to their $100,000 supercar over to a college student with the knowledge that he is going to try to push the car to its limits (not that I was able). My friends have given me an experience that I can only describe as awe-inspiring. I took the reins of Godzilla, controlled its fury, and came out the other side touched by both the capacity of the car and also my good fortune in making the friends that I have.

Thank you Eric and Laurie for this awesome experience.  Thank you to the entire autocross community to allowing me to join your family! To everyone else, come on out to an autocross!